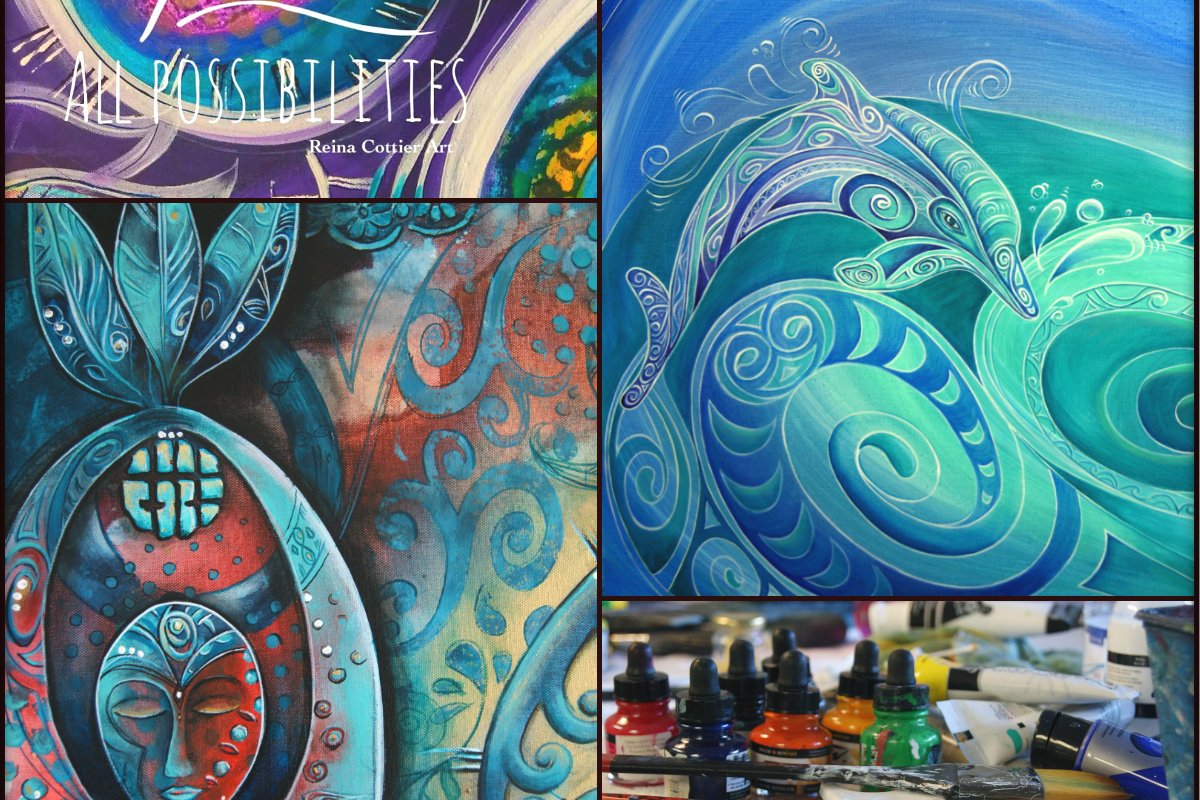 Tomorrow I have the Colour in Your Life film crew here from Australia, to shoot for my episode. These videos are shown on over 26 TV channels around the world.
A days filming. I’ll be demo-ing my art process and talking about my journey and the way I work. I think it’s going to be an awesome day.
I’ll post a link once it goes to air.

Vision: To build a library of the minds of artists; to preserve a digital record of creative spirit, culture and techniques for future generations.

The website, which runs in conjunction with the TV Series, was created in the hopes of building an Arts Hub for artists all around the world. Here, it is Graeme’s hope people can share their knowledge, display their work, and learn as much as possible from others. The episodes are also available for viewing, and it is here that Colour In Your Life hopes to create a library of the minds of Artists – a digital record of the many varied talents and techniques of artists that might otherwise have been lost when their time came. The website and television series offers investors, educators, students, teachers, and people all over the world the chance to have access to the enormous creative energy that is part of the minds of right-brained people. Art and what is does for our society is incredibly important to the spirit and souls of all that see it.

In 2011, after the crippling effects of the global financial crisis, it became apparent that people of Australia were no longer going out to buy or enjoy art. Over 50% of galleries across the country were closing, and it occured to Graeme, after working with The Fine Arts Showcase in America, that it was time to take art to a digital platform. Realising that the techniques and knowledge of great artists are often lost once the artist has passed on, Graeme concluded that a television show that captures artists in their studios, creating their pieces, could be utilised as a digital library. He coined the term ‘a library of the minds of artists’, and with this in mind, he made the decision to study Film at a TAFE in Murwillumbah, NSW. By the end of this course, Graeme had produced the first six episodes of the now nationally aired TV Series ‘Put Some Colour In Your Life’.

Put Some Colour In Your Life, often simply referred to as ‘Colour In Your Life’, was fostered in the Green Cauldron of the Northern Rivers, NSW, with much of our opening credits hoping to promote Mount Warning and the stunning landscape. With the largest concentration of artists in the country situated within the Northern Rivers region, the series had some incredible artists come on board in the first few months. It was also during this time that Graeme met and began working with videographer Sophia Stacey.

For approximately the first year, Colour In Your Life aired on paid television channels such as Brisbane 31 and Melbourne 31, gradually building a name for itself. In 2012, the show was nominated for two Logie awards, one being for ‘Best Host’, and the other ‘Best Light Entertainment Program’. In 2012, Colour In Your Life began to air nationally on the network TV 4Me, run by the company Brand New Media.

As time progressed, Graeme began to further develop the website to match the television series, wanting to offer artists around the world a communal place they could speak, share ideas and information, and enjoy the show. A ‘Facebook for Artists’, as it were. This was developed simultaneously with the Colour In Your Life Facebook page, and now both interact seamlessly in an effort to further promote the great artists of this country.

The series has since been picked up by free-to-air New Zealand, Sky TV, Foxtel Aurora 183, and Virgin Airways worldwide, and Graeme is in constant talks with agents in America, and other parties interested in the series across the world. Receiving frequent feedback from other countries such as America, Canada, Europe, Scotland, South America and the Philippines, Graeme perseveres knowing that his artistic message is reaching people around the globe.

It was during the middle of the year in 2012 that Graeme and the team were approached by the Junee Correctional Facility, about the amazing impact the show had had on the inmates and their rehabilitation. From this, the Junee Gaol Episode was filmed, in which Graeme and several of the Colour In Your Life Team went inside the prison to teach the inmates. After this incredible experience, Graeme realised that there were more people across the country that didn’t have access to their creative rightbrain, and he began the process of creating the Paint Your Life Foundation. This Foundation will one day be able to provide creative outlets for all manner of people unable to access it on their own, from the elderly in nursing homes, people or children suffering from disease or illness, and prison inmates.

At the conclusion of the Sixth Season in late 2013, with the one of a kind and never before attempted episode on ‘The Three Amigos‘, it was decided that Colour In Your Life would travel to New Zealand during its Seventh Season, to film some of the incredible artists in their beautiful country. It is Graeme’s hope, however, that Colour In Your Life will soon be able to travel to countries all over the world, filming artists in their studios and preserving that knowledge and craft for future generations.

Tairua, New Zealand. (I ship worldwide!)
email me at: reinacottier@gmail.com